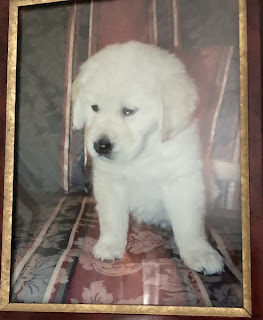 The Christmas tree and other decorations are up now. I’m like a kid, I love stirring but the tree with its lights on all day! I’m ambivalent about Christmas, especially this year, but I love the connection it brings normally. The house full of sparkle and anticipation ( with a serious sprinkle of anxiety).  Back in the days of having young children, my sister and I alternated venues each year. The year at her house was always wonderful and the year at mine a lesser joy for me ( 9-10 people not just for dinner but for at least three days is a project in itself)  but nonetheless lots of rich family time. OK time has formed a rosy hue around it. I’ve forgotten the moaning, the tense times, the money worries, the wondering, have I got enough, have done enough?

But the really special years have formed the rosy hue. The cousins all togther working with the Lego and engrossed in their task. The board games full of stories of my Mum generally saying something outrageous!

One year we did something something I’m a bit ashamed of. We got a puppy at Christmas. ( don’t try this at home...)  We were looking for a golden retriever pup and this family had a litter and they were ready them. I swear to you it was the Christmas scene from many a Christmas film . It was Christmas Eve . Our plan was to go to church that evening for the Watchnight service. And after that collect the puppy.

By 8 pm we realised that plan was in danger, the snow was falling and we were getting dangerously at risk of being snowed in. We lived at the top of the hill. Above the snow line and it had been known for the children to be wrapped up in snow gear for school and once we went down the hill there was nothing. Oh MUM we told you, the cry. So was this the scenario here? We phoned the family we were getting the dog from. Yes it was real, the snow was piling up there too.

OK, the children knew nothing of the dog and having got this far we wanted him to be a surprise. Time for bed we cried....what? Not yet. I want to ....Nope, tomorrow is Christmas and you want to enjoy it , don’t you? Off to bed ...spit spot! ( Mary Poppins was a Christmas must). They gave in and off they went with favourite books to read and old slippers set aside awaiting their replacements.

My Mum was also in the dark, only my sister and brother-in-law knew about the pup. And Fruin the cat didn’t know his life was about to change. We set off, the baby sitters were rather baffled that we were heading into town at this time of night.  We arrived and there he was. A ball of fluff so young we felt scared to take him out in this cold but honestly with the snow still falling we had no choice, by tomorrow we would be unable to get out. So we cuddled him in, tucked under my coat, a million instructions and the promise to let them know how he was.

We moved up the hill with excitement entangled with anxiety as the car went into the odd slow skid.But fortune favoured us and we got home. The lights were out upstairs and my sister and brother-in-law came to meet us at the door.They smiled as Robby ( as we came to know him) emerged from the blankets. We opened the door and presented him to Mum, she cried when she cuddled him on her lap. This was only the second Christmas since my Dad had died in the November just over a year ago. In truth we all were dreading it as our grief was still raw at times like this. So that Christmas it became , ‘where’s the pup’ rather than trying not to serve up a plate for my Dad as I had done the previous year. He stole all our hearts that year.but frankly it’s not a good idea to get a dog or puppy then. The kids wrestled their presents from him, he wee’d on lots of gifts left lying about, he hung from the tail of my sister’s dog. She was a beautiful Belgian shepherd cross rescue dog with a tail that was made for hanging from. But he lifted all our hearts. The snow lasted on the ground for two weeks. But eventually spring arrived and we managed to move to a more normal routine. He was so easy to train, a lovely warm slightly daft, loving dog.

And he was definitely for life , not just Christmas. We had him for a precious 13 years. Thanks for those memories Robbie.