Not a glamorous as a shark bite.

Oh ok I admit it, I have been a wee bit obsessed watching the Paralympics and also fascinated by the individual stories of the athletes. One young man, describing how he lost part of his leg,  explained it was because of meningitis when he was five. Not as exciting as a shark bite said he.....I laughed with him as he said it and admired his attitude. Even more as I watched him win his gold on the track just 13 years after his amputation. And the photo of him hugging his Mum, says it all about how challenging his young life has been and the important role she has played.

But I have kept coming back to those words , not as exciting as a shark bite. So true of most illnesses. Often they aren't glamorous they are just hard , unpleasant, painful, distressing and in the main we hide that bit away. We don't want others to see it, we put on our brave faces, we say nothing. We are tempted by a more glamorous story too...our own version of a shark attack. Is that wrong? I don't know. But maybe at some point the reality becomes evident and that has to be OK.

That theme of showing what's usually hidden  has been prevalent this week for me. I helped to launch the Scottish Governments Detect Cancer Early campaign. It has been described as controversial. And that's because it's the first time naked breasts have been shown with the visible signs of breast cancer in a campaign like this. I shared it on twitter saying, yes this contains naked breasts but for once it's to help educate women. Because lets face it we do see many naked breasts in the media but that is to serve a different purpose. Strange that isn't called controversial isn't it?

And many women have expressed their support of the campaign, recognising their need for more information about breast cancer signs and symptoms. And the breasts shown are not those of a page three model. They are women of all ages and shapes and sizes and that makes it so real and relevant. So thanks to these brave women who have shared their images, who haven't hidden away.Here is the link so you can judge for yourself and do share with others too. It  WILL save lives. Lumps arent the only sign of cancer is the video from the campaign.The key message is "don't get scared get checked". The breast awareness video Indeed! 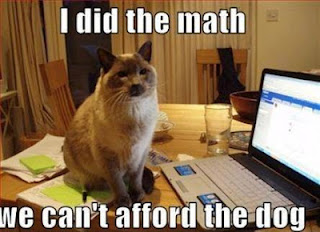 Reasons to be cheerful. It's  the weekend! It's been a long and busy week. We are doing some preparation for getting a pup soon and so this weekend will be checking out what we need and reading all the advice  on what to do. I am so excited! A friend shared this photo and caption last week. I think Koshka may have written it!