We need to talk about Shielding

I’m not sure why I cried after I saw my grandson in more than two months. Maybe it was the goodbye without a hug that was my final undoing. There was something unfamiliar and anxiety provoking about this. We played in the garden, he loves my wheelchair and in normal times he would snuggle in for a read. I missed that.
We had sent him a book about Greyfriars Bobby and he loves it, I hear. He’s a sponge of new words, yesterday was digger and then to my delight, Grannie’s house. He kept climbing the step and knocking on the door with my walking stick. ( fine practice for being Black Rod as is the medieval way in the Palace of Westminster!).But he wasn’t allowed in to enjoy his resident toys and in this case a favourite clock that aroused a memory. Thankfully the sun was shining.
Our neighbours six year old Grandson recently cried himself to sleep, saying ‘ I want my old life back’. At times I have felt the same. My heart ached to hold not only my grandson but my son and daughter and daughter-in-law too. Their hugs have been healing over the years. At only 20 months Davie has only so much understanding and hopefully is spared the sense of loss expressed by the older children. But I want him to remember our hugs and love.

All of this is so relevant to discussions around shielding. Our experience is not unique. When we tell people to stay in for 12 weeks at least to protect themselves from the virus then we have to also to seek to understand the many impacts of that. Last weekend in England those who were shielding were told off you go. We told you twelve weeks but it’s fine, honest! I can only imagine the mixture of feelings that was met with. Delight, concern, shock and many, many questions. There were limits to the newly announced freedom, so people could go out with a member of their household or if alone meet one person from another household.
But it also happened at the same weekend the Deputy CMO ( chief medical officer in England) said this easing of lockdown when the virus was still very present in communities, meant this was a very dangerous moment. What scary mixed messaging.
In Scotland shielding will be reviewed at the 12 week stage( mid-June)  WHO suggest that when the time comes the individual needs to take a balance of risk. Although I haven’t been shielding , I have been in mostly as I felt unsafe in my mobility scooter, trying to stay two meters apart. 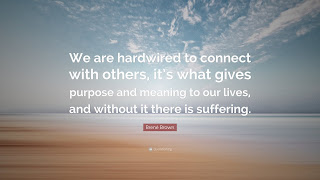 I know this has an impact physically as many of us will not have been able to exercise and maybe we’ve been dependent on food from others. And many people have been separated from human contact. As a species who are hot wired to connect that obviously has an impact. Human contact has both physical effects ( calming and slows the pulse) but also improves how we feel emotionally. Mental ill health is a growing issue and most services are already a stretched resource. But maybe it’s not that traditional support that’s the answer? Many charities have offered superb support, with volunteers the mainstay of that. So many people have gone extra miles and then some. But no system can rely on that long term.

Scotland has a chance to do this differently and for example ask those shielding, what would help most? Get people with shielding experience in the room as partners planning a way forward. Ask what matters most as lockdown eases, what’s helped most? What could we do more of/less of.
Also those very charities which can provide so much to help,need the resources to develop. Volunteers and services are not a free resource, if we want them to do their best. Working with communities, not doing to them will give the best results. We don’t know all the answers but as always, most importantly, we need to ask the right questions and listen to the answers. The most vulnerable in our society, need our best response. There are lots of families, just like mine,waiting and hoping to reconnect.