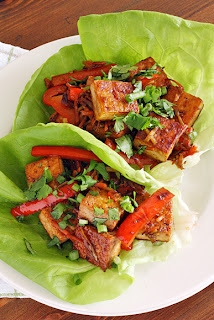 Week two of the WEL course has a focus on food which was strangely relevant to me just now. After a nasty virus and subsequent chest infection, I have been left with still very brittle asthma and I'm often triggered by food. Pretty much anything can do it. I already have some known triggers like wheat, chocolate, apples and spices but just now it's even more. I'm taking my blue inhaler constantly and approach food with both hunger and alarm. Frankly it's so tiring and not a little embarrassing. And I feel a bit deprived somehow.


Our relationship with food is so complex isn't it? I find myself feeling quite distressed by approaching each meal with concern. Food isn't just a fuel after all, we use it to reward ourselves, we celebrate the sensual pleasure of eating and especially for me it's the social occasion I value...but I'm not someone you want to share a meal with at the moment-nae  pals Audrey, that's me!


But what a bizarre relationship we have now with food in our modern world. Research in rats showed when one group were fed with breakfast cereal and compared to the other group fed with the boxes the cereals came in; the healthier rats were the ones who were eating the boxes. What has gone wrong? As a child we ate local almost always and we grew our own vegetables too. In fact the angriest I ever saw my father was when the sheep from the field got through the fence and decimated his vegetable garden. We got the fish caught locally in Fife when the fish van came around, local stores sold local fruit and veg in season. Soup was a winter constant, made from all that was available. We even dabbled with our own chickens until my father found himself unable to kill one for Christmas dinner. His attempt became something of family fable. 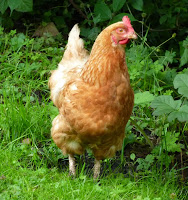 But now we expect strawberries in December in Scotland, we transport food across the world just to freeze it and send it back again, we factory farm animals in grim circumstances in order to have cheap food in such quantities that we get fatter year on year.


We process food beyond recognition, we supersize so much that large quantities are becoming the norm. We watch food programmes constantly on TV and yet cook less and less at home. The food industry seduces us with sugar loaded foods and packaging that creates landfill nightmares. The media bombards us with quasi research that convinces us of one food myth then explodes it again at a later stage. We no longer can make sense of much of it all. How can we-when honestly it makes no sense at all. The simple message from the WEL is life feeds life so we need to eat as much of our food closest to its freshest state and close to home the better. Now that makes sense.


Reasons to be cheerful.


Dr Reilly spoke at the person centred care collaborative last week and over five hundred people listened to his message. He was both compelling and challenging. Reminding us that transformational change won't come from minor shuffling of the cards......we need to commit to real change in our work and lives and honestly the time has to be now. I do hope we keep our courage and don't look back. It's not easy but do we really have a choice?


.... And I have just had my annual review and all was well. I'm considering whether undergo a little more surgery but I can’t decide yet and there is no rush. Ridding myself of the cough seems most important just now.