Power in the right hands.... 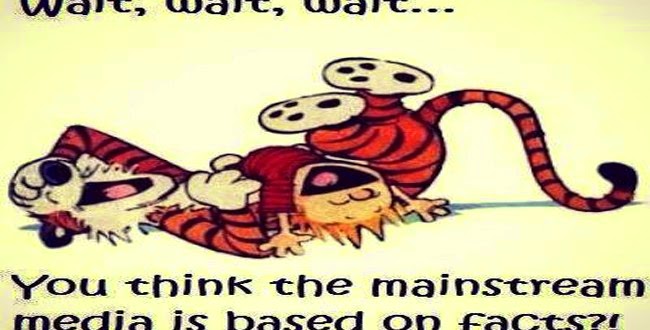 I have noticed that of late I have had a tendency to look at less mainstream media, trusting more the authentic voice that I read in a range of social media. I know it's often from one perspective or another but it's honestly so, it's a viewpoint I can opt to take or not, to sharpen my understanding. I don't read rants from choice so it's the measured pieces I seek out, the thoughtful, and the questioning. I'm not saying mainstream media never contains  those but it does feel like you do have to search for them. Like others I have felt frustrated by the lack of balance in the media-at this time in Scotland in particular -but this week has taken the prize for hypocrisy.
It's  because this was the week where Andy Coulson was found guilty of conspiracy to hack phones. As this case and others have unfolded the widespread nature of this has become clear to all of us. So far so obvious....but what really tipped me from curiosity, alarm and concern to downright disgust was its also the same week Rolf Harris was finally found guilty of abuse across decades, of children.
It was the point when I thought, does anyone ever tell the truth? And when people actually do tell the truth, is it only when it's a convenient one do we really listen? Those children and women who were abused and spoke their truth were ignored until now. And many said nothing ( as is the norm in such circumstance,even when the perpetrator isn't a "national treasure"). It's  because they already knew that the power differential meant they would be at best ignored, at worst judged harshly for daring to besmirch a "good" name. Of course a false accusation would be terrible but I can only begin to imagine the pain of finding the courage to tell of being victim of such a personal, lonely and violating crime and be ignored or punished even?
This situation sits alongside a media who hacked phones, who knew which celebrity slept with whom, who got the mobile phone transcripts of the royal family, who hacked the phones of murdered children and yet Jimmy Saville went about his widespread abuse hidden and unpunished.And it takes till now until Rolf Harris is found guilty. It doesn't just beggar belief; it's evidence of whole-scale lies, deceits, protection of the powerful and abuse of trust at all levels.
We deserve better than this; the children who had their lives devastated by this abuse and many others-even at Westminster now we hear-deserve so much more than this. And what's more future generations need to be promised we will never let such an abuse of power be allowed again. We need accountable, open and transparent media and government too if this is to change. We need a more equal society in every respect. We need a society that's more questioning of and less deferential to power in all its guises to enable a healthy culture to flourish.
But i also need to remind myself that there are good people out there, whose compassion makes a difference in the world. This photograph of a thank you note taken in Edinburgh restores my faith in the inherent goodness of people. 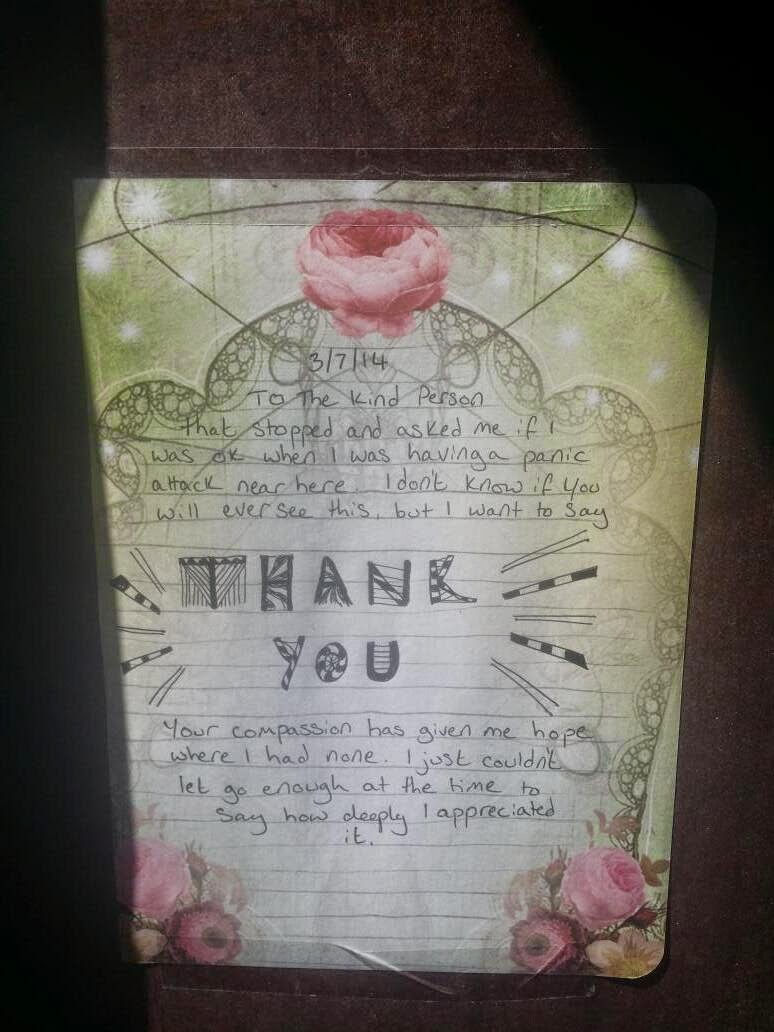 Reasons to be grateful. 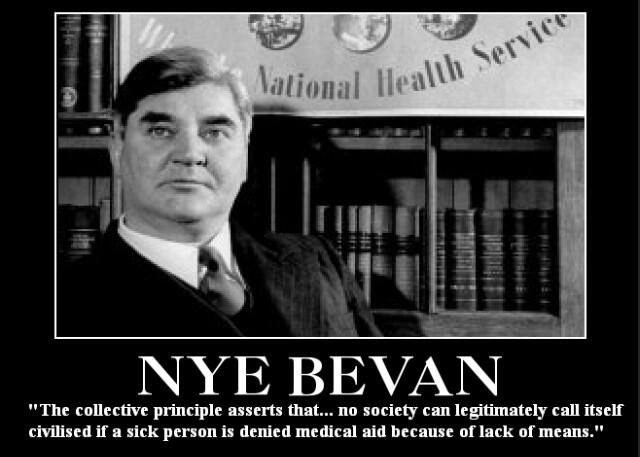 In the same week when we celebrate the 66 birthday of the NHS I'm embarrassed to say I have used it twice. Asthma and a chest infection meant a cocktail of treatment and a resistant bacteria required a second antibiotic. By my second visit I felt grim. The young GP was excellent. He not only diagnosed me correctly, treated me appropriately, he informed and empowered me to self manage an acute medical condition; giving me confidence and trust in myself -and in him too. And what's more he was kind. Modern healthcare at its best. Not a paternalistic approach, a partnership one and through enabling me to self manage it was cost effective too. Information, trust and empowerment  in healthcare and in societies is power in the right hands....now that's worth striving for.
Thank you all in the NHS for all you do...from a very grateful customer. Oh and can anyone reassure me? I was supposed to swallow these pills, wasn't I?