Showing posts from February, 2013
Show All

Looking back to look forward 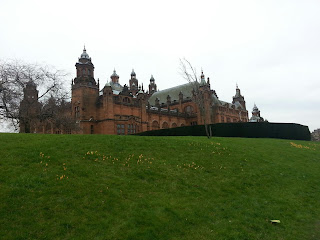 Crocus in beautiful Glasgow I had a moment this week reminded me of when I first started work with Breakthrough. It was just me and blackberry at that point. And after an afternoon of trying to connect a printer wirelessly with my laptop in a grotty office ,which has since been knocked down, I sat down and wept. I had tried traditional methods such as swearing loudly, kicking it, going for a walk around the block but my undoing was when a friend phoned and asked how I was. The silence at the end of the phone was me trying not to sob! And so I know it's normal that  when we make a change or transition there is a point where the obstacles just seem a bit too many to face and there will always be that moment but it will pass. So after a bad day, failing to speak to an actual person in a bank about setting up a new account, the swear box was a bit fuller. But now I am gradually getting new systems in place and let's just say everyday is indeed a school day. .. I
2 comments
Read more 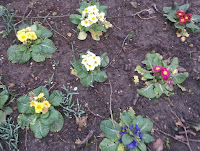 A promise of spring? Loneliness: it's the word that's been in my head this week. Why? Well a few reasons really. One of  them no doubt my worry about that transition to self employment might mean a loss of being part of a team , no water cooler conversations, no deconstructing the latest film or TV show. No one to tell the weekend tales to.. But it's been OK, avoiding distraction has probably been my greater risk. And twitter conversations about love shacks ( don't ask) and such like keep me linked in! But what's clear is that it's a very real issue for many. Loneliness has a huge impact on health, affecting survival after major illness like cancer, indeed having the same impact on health as 15 cigarettes a day. Staggering, isn't it? And of course illness itself can be so isolating , particularly chronic pain or disability making many things so difficult; dementia isolating those people from the world that is increasingly scary, cancer tr
1 comment
Read more

Mid staffs...holding up the mirror on society?

I was 8 years old when I decided I wanted to be a nurse. I had had my tonsils out and was a bit scared and definitely sore. The nurses who cared for me, made me think, I want to be like them...they make people feel better, they stop people feeling scared. I would like to do that. Fast forward a few years and I am choosing a future career on leaving school. You can't become a nurse, you should go to university was one of the main themes of advice I got. What I heard in those words was the lack of respect for the profession, the implicit why would nurses (women after all in the main...) need to be educated at university? Caring work in our culture is not valued, poorly rewarded and generally not seen quite good enough as a profession by some let’s be honest. But I found a way to do both, go to university and study nursing. I loved the course as it focused from day one on a person centred approach. Now it’s many years since I have been a nurse, but scratch the surface an
Post a Comment
Read more

Not simply having visited..... 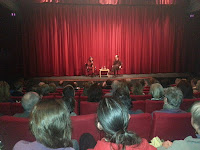 When it's over, I want to say: all my life I was a bride married to amazement. I was a bridegroom, taking the world into my arms. When it's over, I don't want to wonder if I have made of my life something particular, and real. I don't want to find myself sighing and frightened or full of argument. I don't want to end up simply having visited this world. ~ Mary Oliver ~ If I ever write my story it will be called the woman who cried! Am I so unusual I wonder? Dont men cry? But it does seem the admission of shedding tears is still something worthy of comment. The Herald did a lovely article about my departure from Breakthrough and it was called "Crying out for attention".Not me you understand but my take home message was breast cancer is not sorted and the importance of not taking the foot of the pedal....and also the reference to having shed tears in a very public setting. Now I will a spare you a description of my tearful goodby
Post a Comment
Read more
More posts