Showing posts from May, 2013
Show All

An opportunity to think differently? 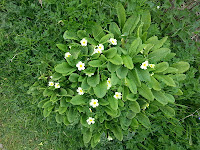 "In the middle of difficulty lies opportunity" Albert Einstein If I'm honest I have hesitated before writing this blog. Talking about access to medicines is politically something of a hot potato. And if there is a ,on the face of it ,a difference between England and Scotland its a case of light the blue touch paper and stand well clear. But it's important we explore the issues away from party politics but as a necessary question for contemporary health and social care. And this blog is my personal attempt to widen the discussion. When we set up the Long Term Conditions Alliance in Scotland one of the first things we looked at was access to medicines and in particular prescription charges for those with long term conditions. There were huge anomalies with people with conditions like diabetes being eligible for free prescriptions ( although not if treated with diet alone) whereas those with asthma or arthritis for example had to pay.
2 comments
Read more

- May 16, 2013
As someone who never does well in the celebrity section in a quiz and who declines the celeb mags at the hairdresser in favour of the newspaper I have found myself, perhaps surprisingly, very moved by the Angelina Jolie story this week. I can't recall ever seeing one of her films but such is her celebrity my daughters first two goldfish were named after her and Brad! As a wee freckled Celt her olive skinned statuesque beauty is something I can only look on with awe. Working in an industry which as we know places beauty and youth above so much , especially for women, is not easy in the best of times. And learning you have a faulty gene that puts you at very high risk of breast cancer and ovarian is certainly not the best of times. Living with the knowledge of that risk has a massive impact on those affected. The fear is omnipresent. And so she made a choice to reduce her risk that resulted in a mastectomy of both breasts and reconstruction surgery. Psychologically that's a huge
6 comments
Read more

The wisdom of patients...and carers.

- May 11, 2013
Don Berwick: 'One of the most important guarantors of continuing excellence in the NHS is the ability to include and invite and listen to the wisdom of patients.' It's been an inspiring week. I have heard some challenging and inspiring talks, had wonderful conversations, met some great people and touched base with old friends and new. I may be exhausted but its been worth it. That's not only because of good outcomes but its also about spending time with good people. My new role is so much about connection and that's why I really enjoy it. When I first left clinical nursing it was the connection with patients I particularly missed. That sense that you had made a difference to someone is often very immediate as a nurse. Its the thing that helps you deal with the emotional cost of the role. The power of the connection dependent on empathy,  respect and a deeper listening. It needs the right context too to flourish.  If as a clinician you are stressed through work pre
4 comments
Read more

For mothers and daughters, wear your support. 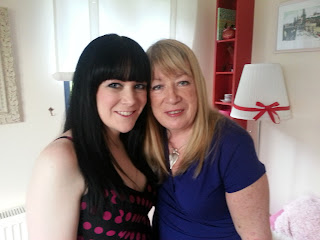 When I joined Breakthrough Breast Cancer I looked forward to Fashion Targets Breast Cancer. Shopping for a good cause has a certain appeal-excuses to buy nice clothes I don't normally need. The fantastic photos of the celebrities supporting the campaign have offered iconic images over the years. One that stood out for me was Kylie wrapped in the image of the target, the emblem for the campaign. Her beauty and fragility in that moment captured for ever. I was the same age as Kylie was when I was diagnosed with breast cancer for the first time. OK I know that's where the similarities end...my backside will never look like that! But I have recognised her reluctance to be defined by her cancer and then her courage when she has acknowledged it too. She hasn't pretended it didn't have an impact but she has also demonstrated her beauty and talent are in no way diminished. This years fashion targets campaign has a focus on mothers and daughters. The stunning images
6 comments
Read more
More posts