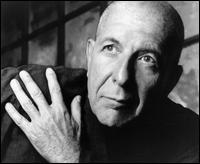 Ring the bell that still can ring
Forget your perfect offering
There is a crack in everything
It's how the light gets in.


What do you do when you are stuck on a train? If you are me you read, tweet, email, text, listen to music and that's just the first  hour! After six and a half hours and approaching home I was falling asleep and I asked twitter for help,the train was going on to Aberdeen but I wasn't....I hoped. Sing and set your alarm both useful suggestions. I'd just been listening to Leonard Cohen and a singalongaleonard would be an unwise move, not least for my fellow passengers. But I arrived eventually exhausted and reflecting again on the balance of my life; that would be lack of it really.

But i was up the next day for a breakfast meeting where I enjoyed a wide ranging discussion on health and social care integration.  Yes really! We discussed that loneliness was the fastest growing long term condition, living longer in single households an important factor but also how our communities function. Our lives so busy, so insular, so unconnected. It has stayed with me as has the need to prioritise solutions to this.

And this discussion happened in the context of me knowing that through social media, but twitter especially , I connect to a breast cancer community. A community often who too are ill  and isolated through their illness and fear. And their stories, though blogs and twitter often strike a cord, a connection but sometimes too hold my own fear to the mirror. Inspiring and reassuring often; frightening, on occasion. But that is this world, it's honest and it's real. And my guess is it helps many.So maybe some of us don't see our neighbours but we connect across the world to fellow travellers in such a wonderful way.

And you can choose to engage or not. No requirement to have the make up on, put on a face, when you just can't. But equally if you want to bury the whole thing in a cave and leave it behind ,you can do that too. Just this week I saw the power of twitter to offer support to someone newly diagnosed in such an immediate way. I am moved by the kindness and compassion I witness. Go twitter....!

Yes social media can connect the wounded healers and the wounded in so many ways. Ways in previous life times would be unimaginable. We can't go back but maybe we can look forward to connect through digital means which help a little. Although a life without a hug would be a sad one indeed. Let's not forget that.

Reasons to be cheerful. I was introduced to the TV comedy Twenty Twelve this week and really enjoyed its wry take on the run up to the London Olympics. Way to go! Also in order to attempt to address work life balance (ha) I went to great concert in the Jazz and Blues festival here. The last song was about the Mojo....oh yes I remember that. Wonder where I left it? And I have been listening more to music, mindfully. It's been really helpful . The Anthem by Leonard Cohen is with me as I write this blog, hence the quote i began with.