This week I have been  moved by historic tales of awful times that shaped where we are now, by three separate stories in as many days of failed care and also by spending time with people whose life time work has been to enable healing in others in its truest sense. And all of these have made me think about our times.


I sat in Pathhead halls in Kirkcaldy at a National Theatre of Scotland play entitled In Time of Strife. The play was written during the miners strike in 1926 in Fife to tell the story of that time, of those alienated communities , of the injustice and to raise funds for the soup kitchens that kept the people alive. I grew up in such a community and saw the impact of the miners strike of the 80s, so concerned by the situation that news bulletins punctuated our day. A new Mum at that time such was my engagement with the issues ,one of my sons first words was picket! This play resonated of those times and in many ways of now. The damage to all through alienation.


“Let me right at the outset define what I mean by alienation. It is the cry of men who feel themselves the victims of blind economic forces beyond their control. It’s the frustration of ordinary people excluded from the processes of decision making. The feeling of despair and hopelessness that pervades people who feel with justification that they have no real say in shaping or determining their own destinies.”


This quote from the 1970's is from Jimmy Reid a Scottish activist and politician who is now dead but the power of his words remain. They must feel true for so many now, in our modern recession that in many ways hides from the impact on the alienated.


Hearing the accent of my childhood describe the inhumanity of those past times was deeply ,deeply moving. Speaking afterwards to my mother now in her mid eighties, she said these brave men and women created the better situation that her generation were able to benefit from. But what is also true is that these communities no longer exist. They died as the pit heads closed. For many hope died then too. But who would want to work down a mine? A taxi driver I met recently who had been a miner over 20 years ago said to me he would go back tomorrow. Not for the job-for the community. Such communities helped them survive the hardship and daily danger -men and women alike.


When I was first a nurse , working in a hospital felt like being part of a community, a community of caring-if you were lucky. Certainly I can recall being fiercely proud of the


community I was part of, whose uniform I wore.  The sense of purpose, community, pride and belonging could be a powerful mix. So hearing several stories of failed care from one such institution made me yet again question where had that gone, was it only ever the exception , do any of these environments exist in healthcare now? But of course they do, I personally have experienced it in my treatment for breast cancer-I have felt cared for in every way. I see it too in creative third sector organisations who create communities of interest and services, prioritising quality of care in a person centred way.


It's vision, culture and leadership that creates the conditions for people not only to do things right but also to do the right thing. And what's also evident is that the path to health not  only lies with individuals  but with communities too. Communities create environments where we can thrive and survive even the hardest of times, especially when people can influence their own situation.


Reasons to be cheerful. I'm honoured to be part of charities who are striving to enable health and wellbeing in its widest sense, who are giving voice to the unheard, who are inspiring current and future generations to work differently to enable health.  Do look at the website of The Alliance to learn of their work and the inspiring work of the WEL programme enabling people back to wellbeing- staff and patients alike. 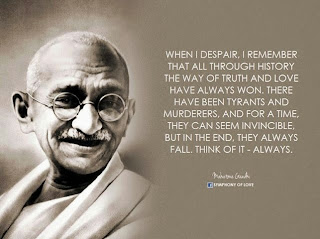