An Easter tale..with a difference

Easter is an anniversary for me. It's three years since I was re-diagnosed with breast cancer. It seems like no time at all in some ways but also such a huge amount has happened, it feels slightly unreal still. Of course I had travelled the route before, I had adjusted my life expectations more than once, I had adjusted my self image too.

But more surgery meant I felt the need to go for reconstructive surgery. I prevaricated but finally decided to do it almost a year later. My prevarication was about going back for surgery, in effect becoming a patient again. But I also recognised it would not be past for me until I felt more recovered to my sense of self. My surgeon explained it would need more that one op as I had opted in part for lipofill. I think I blanked that bit. So when my recovery was more than I had anticipated I declined to go back. I can change my mind anytime I'm told ( not happening soon). I'm probably reflective of the studies that show when we offer person centred care, people often opt for less treatment. Interesting isn't it?
But why am I telling you this now? It's because I have opted instead to use a silicone gel insert to balance me when I'm out and about. OK too much information maybe but there is a point to this tale.

It started well when I purchased this ( I chose to not go with the NHS option, partly because it took me back to being a patient again). Its good to wear and I felt more symmetrical. But recently it seems to be trying to abscond. There is an Easter theme here as they are colloquially known as chicken fillets. So this dear reader is the tale of a runaway chicken ...fillet. 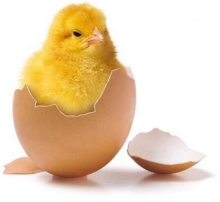 First time it happened I was staying in a B&B in Yorkshire on a course. My second morning I couldn't find the little blighter. I gave up in the end and such is my denial I convinced myself I hadn't brought it with me, it was safely tucked up at home. Until my mobile went during the course and the landlady of the B&B very sensitively told me of their find. I resisted my initial thought was to say just bin it ( they aren't cheap) so I could blank the whole thing and instead made an arrangement to pick it up. "Have you lost something?" asked one of my fellow participants. I could only nod, speechless! The arrangement was to pick it up from the doorstep and I had to focus hard on the course not to fret about the potential for wild animals to have run off with it, or a dog delivering it to its owner....and any other potential humiliation. However I retrieved it, wrapped sensitively in a nicely ironic Accessorise bag.  I had a relieved giggle and returned home.

But a few days ago it disappeared again. I was in a rush so went off out before i retrieved it and hadn't thought about it until I returned home later. There it was in the kitchen. My husband had spotted the dog in the garden with a strange half smile on her face. 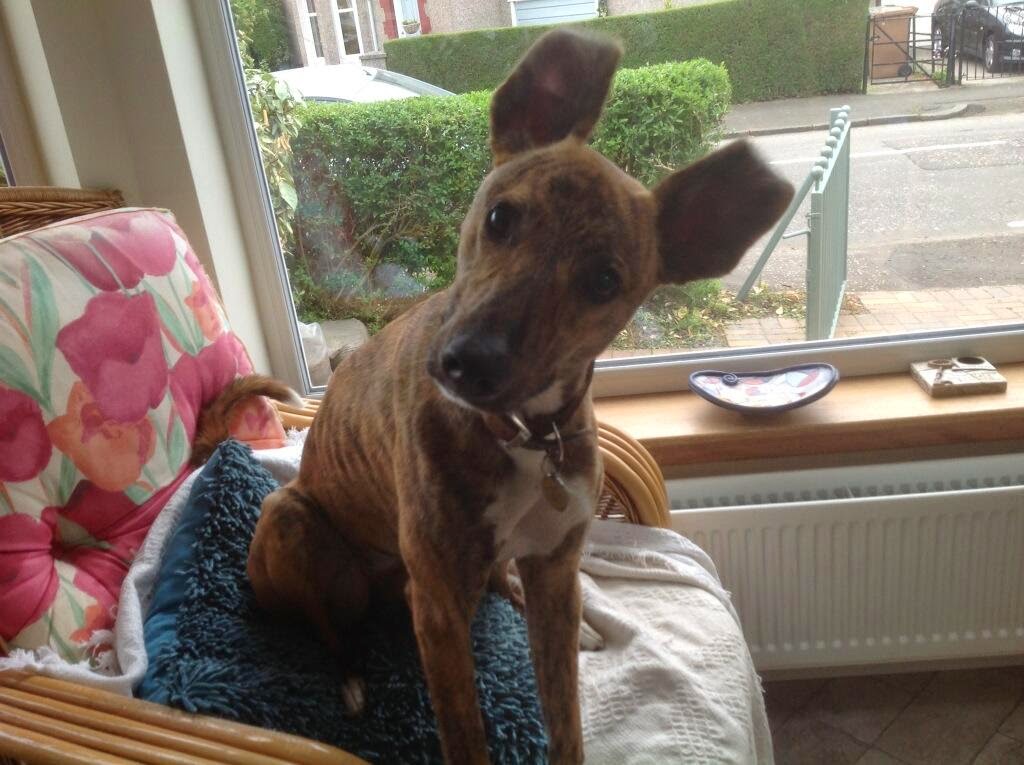 On further examination he realised it was the offending chicken fillet, having made a bid for freedom once more. Now had it been wrapped in prosciutto it would have been gone in one gulp and perhaps caused an obstruction too! But amazingly it was returned in one unmarked piece. I'm absolutely at a loss to know how it escaped and feel its trying to tell me something. Meantime it's on a short leash. And my plea is for anyone who knows me if you spot it, please discretely return it to me in an Accessorise bag preferably. And if you see the dog with it in her mouth, please take it off her . She is friendly and never bitten anyone...honest. Tune in here for future tales of the runaway chicken fillet, any training classes available that you know of, please let me know!

Reasons to be grateful.
It's Easter, the sun is shining and we watched a funny, moving and thought provoking Edinburgh Passion Play yesterday in the Princes St Gardens below the shadow of the Castle. It was set in contemporary setting in the run up to a YES or NO referendum. It was cleverly written and beautifully acted. The message that resonated most with me was that yes the outcomes of referendums are important but if its not in context of love then it's missing the point. I couldn't agree more. Happy Easter and whatever your belief system may it's message of hope, forgiveness and love inspire us all. 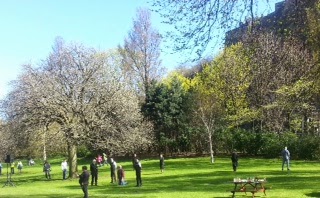