Occupying the spaces for transformative change 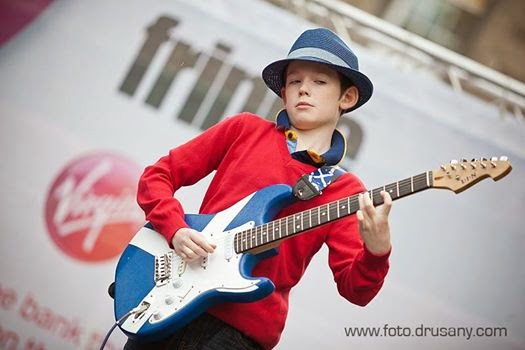 There is an audible hum across our city just now. The festival in Edinburgh is always heady stuff, creativity crackles, all the senses are tested, choice of entertainment abounds and there is never enough time to do it all it seems. But this year we have the additional hum of political conversation about the Scotland we want in the future. I have never known such inquiry and engagement before. Even as I write this I get “goosebumps”, seeing a nation alert and listening and awake to possibility.
I have been asked to speak at an event on how we keep people engaged after the referendum, a vital question I believe.
It struck me that it’s the same for teams in organisations, for public health campaigns, for enabling wellbeing too not just in individuals but also in their communities because it’s  about ensuring people have a voice, it's about listening, being responded to and knowing you have influence on your condition, your life, your community, your organisation and even your nation. In many ways it’s simply about trust and letting go of control. What can affect our wellbeing most of all is a sense of not being in control, of not being able to change anything.
Perhaps my scariest times have been taking the first step after a cancer diagnosis on to the runaway train, not knowing its destination and feeling unable to influence that. Once I could, a greater sense of calm returned. When I'm coaching people, my role is often how to enable them to see their options, to understand that they do have choices and that they can believe in their own ability to achieve the transformation they seek. It's always a joy to be part of that journey whether that's with individuals, organisations or communities.
So my key message will be keep listening to those communities who have come together. I put the question out on twitter and I loved the advice from Cormac Russell ofABCD, “to discover the spaces where people have had the most transformative conversations, then enable them to occupy those post referendum.” We would do well to heed that advice, whatever the outcome.
Health care has become part of the debate of late and there are many health and care providers who are also undergoing unprecedented change just now. In Scotland that change is aimed at integration and requires different ways of working. In England the pressures on top of that are around commissioning of services and the real concerns about a privatisation agenda. They also want and need to have the transformative conversations, recognising beyond the political debate there is a big job to be done and only doing what we have done previously quicker won't be enough.
In Scotland we are responding to this by developing the Health and Social Care Academy to enable those transformational discussions, focussing on those relational aspects of change, informed by lived experience. I'm delighted to be a champion for Health and Social Care Academy in Scotland and as such I'm always alert to work from elsewhere to inform this. And so it was with interest I read an article about the story of Dr Cosgrove from the Cleveland Clinic.
TheCleveland Clinic has come to my attention before, in part as a result of their excellent videos. The focus they have on empathy and deeper communication stands out in a sector in our western world where strangely we still seem rather reluctant to talk about feelings. Especially if it’s our own feelings, we are still a bit inclined to squirm in our seats at the thought of any disclosures. But their videos do just that, they remind us we aren't just workers in a service, we too are part of that vulnerable community and that shared experience is valuable information for how we want to grow as a service.
Interestingly it was personal feedback for Dr Cosgrove that helped him reform in such a successful way. It stimulated him to prioritise empathy in the service, recognising it as the magic ingredient (that previously he had boxed away as a form of self-protection). This lens helped him look at the complex systems in new ways, identifying that the person’s experience was affected by everyone they came into contact with. Consequently they now describe every worker in the system as a caregiver. Dr Cosgrove insists that deeply caring about people--patients and employees alike--is at the root of all their success. Now that's a lesson to learn from- and not just in health and care.
Reasons to be cheerful.
Family, friends, and celebrations are all to look forward to this week and great work projects too. And not only have we got tickets to see the stunning Camille O'Sullivan this week at the fringe, we are going to see "Playing Politics" too. Music and politics, that's my perfect week!