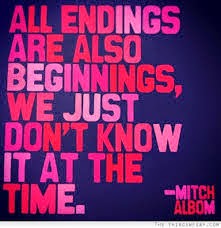 It's now March, six months almost since one of the most outstanding times in my nations history. The Independence Referendum engaged so many of us in conversations about the world we wanted to live in, the society we wanted to shape and the things that offended our values, kept us a wake at night and that we wanted to be different for our future generations. We met in church halls, yurts, cafes, street corners, you name it, we met there, we gathered, we hoped for something more than we were being served up as the only way.


And then we woke up. We woke up to a no vote. We woke up to the fact not everyone wanted things to be different and to the fact that those with a very huge interest in keeping it the same had thrown every single fear in our faces, piled the pressure of doom on our heads and had stopped the social movement winning.


But did they? We all have our stories to tell about what have experienced since then. And in many ways I know I'm still working it out. I know I'm not ready to step back and accept the status quo: our unequal, ill divided society, that puts economy before community.


The question for me is how best to play my role?


I have stood for selection for Westminster as an SNP candidate and didn't get selected from the many others who were skilled and passionate too about making a difference. However my relief at the result has told it's own story to me, I'm happy for others to make there mark in Westminster. But I learned a huge amount and will take that with me, the learning and the challenge secured. And what's more I enjoyed the hustings, the debate came to life again and that's what mattered. Like many others I'm working out how best to influence for change and I know it's multi factorial. And that's not only ok, it's pretty exciting too at times.


So yesterday's Women for Independence event, that I helped to shape and chaired part of,  in Edinburgh was a first in the east of Scotland. We worked with a tiny budget and created a day that stimulated, motivated and celebrated women making a difference in politics. Like me many of the women are still working out how they too can play their part. The message of the day was, you are already changing things, keep going. But also know that you can take action.


I would summarise it as: Think big, act small, start now!


I wrote this poem to help me capture the impact of the day on me.


The austerity of its presence


Emblems of our times


A chatter of women gathered


Together their voices rediscovered


We stood on shoulders


And felt them with us


We cheered for justice


For equality for all


For bairns before bombs


For our voices heard


The opposite of poverty


And that's our goal


Do you know what?

And this week too I'm talking at a Common Weal event in AreaC coffee house in Leith with my friend and colleague Andrew Lyon. We hope for great, radical conversations about the future of health and wellbeing. Six months on, yes it feels different, the giddiness of opportunity not the same but the desire, need and momentum for change hasn't died at all. What next we wonder? More of the same? I don't think so...