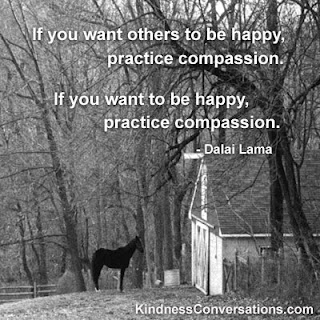 I noticed some social media activity around the John Lewis advert on Friday and thought, "I'm not getting sucked into watching it"...muttering about cynical manipulations. But I gave in, after all it was a distraction from work.
I watched it without knowledge of the content so was more prepare for cuteness than the grief it evoked in me. The story is about an isolated elderly man...living on the moon.
Now in my defence I had been viral and although, after a day in bed I was a little better, robust I was not. But the strangely the image of the social isolation the film told of didn't create an empathy for the story teller, it distressed me. At one level it awakened my own feelings of upset, guilt and helplessness from when my own Mum was still living alone. No matter what we did and other support we organised it wasn't enough to assuage the loneliness and fear that Alzheimer's had worsened drastically.
The advert of course didn't intend that; it is aimed at cleverly ensuring we know the message of Christmas is about love and giving and of course safe in the assumption that the aspiring middle classes would go nowhere else other than John Lewis to purchase those very things. Oh yes and just in case we want to do some good and you look very carefully, you can give to Age UK as well. Christmas all tied up in a pink bow, even loneliness and aging sanitised by a donation through PayPal. But for me at least it was a step too far. It's slick marketing has unwittingly exposed a searing truth of where our society is failing. We seek happiness through things rather than through connection. Social  isolation and inequalities in our society too are ever more visible each year and consequently harder to ignore. Let's remember its Lidl not Waitrose of the John Lewis Partnership who were the first supermarket chain to pay the living wage to all.
This year, like many of you, I have collected for and donated to foodbanks (whose frequent users are the working poor), donated to a school uniform bank and plan to do something for Christmas too. Consequently for me its a paradox to see the need across our communities and think its fine to increase the consumerism that is the fuel for the unchecked capitalism that leads to such inequality and need.
As we feed the beast that a secular Christmas has become perhaps we can also step back and see what we can do ourselves to make a difference. Maybe it's to get to know our neighbours, or support the lonely ( young and old) this coming winter, or  donate to a charity that's making a difference, or even volunteer with an organisation like Contact theElderly and which will enrich your life too. Whatever it is we can all do something and be the change we want to see in the world.
So back to that advert, I did donate to Age UK happily as I know their services really helped my Mum for a time. But next year I suggest that John Lewis ( and other retailers guilty of the same and less community orientated) learns from this and donates its money for the advert to a charity and pays all its people the living wage.
But you'll have to excuse me as I'm off now to take an older woman to tea, my monthly volunteering with Contact the Elderly. I phoned her earlier and she said what a lovely surprise it was to be going out on a lonely Sunday afternoon. Her delight made my day. Now that's the gift that keeps on giving.