If I admit to a slightly obsessive nature those who know me will nod and sigh in agreement. Now obsessions aren’t all bad, its some of that drive that keeps me focussed on what I want to achieve in my work with Breakthrough Breast cancer and keeps me going when I am feeling the pain of whatever that days challenge is. So far so good…but…
I would admit to a small social media obsession tendency! And social media obsessions can be very irritating to those not part of the conversation. I see that and am working on it. Honest. My favourite medium is twitter, by a country mile. That immediate ability to connect with others is powerful; be that around a shared enjoyment of something, a joke or sending important health information. It does it all.
(My favourite joke this week on twitter came from Queen UK -no not the real one - when on the subject of settling the referendum challenge between the Scottish and Westminster Government the suggestion was to get two teams on Dancing on Ice to battle it out…..well I think it was a joke?)
Many bloggers I follow have been debating the important subjects in our society now…from the politics just referred to, to mental health issues and women’s health too. It was one on women’s health that encouraged me to share Breakthrough Breast Cancer's award winning TLC and iBreastcheck information on twitter.It’s a free app you can download from iTunes and you can find it on http://bit.ly/tVT576. We had shared it with the Minister for Public health that afternoon.Mentioning that on twitter lead in turn to others interest. And in that sharing many others have retweeted it, sharing the potentially life saving information with lots of interested people in such a simple and cost effective way.
The ethos of twitter is to be generous in your sharing and thanking, there is something nicely old fashioned about that and forward thinking all at the same time. I do love the way it connects across boundaries of whatever variety. Sometimes it also connects when illness or isolation makes it hard to do in a physical sense and I suspect there are more ways that it can meet needs we could still explore. Combine Foursquare and twitter and you have a potential network of support to cheer difficult times. Mmmmm….
It also connects people who want to do things. The other morning someone suggested a ready made network could do a calendar (remember Calendar Girls..yes that’s right)and my immediate thought was, well there’s one I wont be volunteering for. Unless it’s the misshapen variety that’s the order of the day of course! And it reminded me that in a few days I make a decision about what to do next around reconstruction. I remain rather anxious and uncertain about this. I still go around in circles in my head on what to do. So frustrating. Part of me just wants someone to tell me but I do know it needs to be my decision alone. Perhaps if they tell me and I disagree I will know my decision then. Cussed as well as obsessive eh? At heart I know I want to do something, I just don’t want to go back to feeling post op and vulnerable again. But like love and marriage you cant have one without the other. Hey ho. Wish me luck.
Reasons to be cheerful are plentiful. I had a lovely family weekend. I then spent time with friends that made the first journey to London in the New Year so much more enjoyable and special. Also I discovered Borgen, the new Danish political thriller. Gripping stuff and moving too. Perfect. And to top it all the Guardian shared on twitter a great article about Leonard Cohen, including a new track called Darkness (yes yes I know!) and an old track of Chelsea Hotel from the 70’s.If you too are a fan, check it out. Friends are arriving soon. Good times to look forward to. I hope you have to. 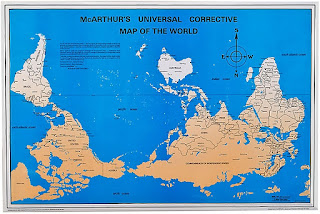